The Wedding Present’s At the Edge of the Sofa Festival last weekend was such a fun and heartwarming watch with a stellar line-up and great chat in between the songs. I greatly enjoyed taking part.

You can re-watch the Saturday at: https://youtu.be/8LEPv1UlNzk

If you missed it, you can watch me sing acoustic versions of two Chorusgirl songs at: https://youtu.be/jpl-esQRC8o

14/08/2020 — THE EDGE OF THE SOFA VIRTUAL FESTIVAL
Thank you so much to The Wedding Present for having me amongst the stellar line-up of this year’s virtual version of At the Edge of the Sea –> At the Edge of the Sofa! I’ll be playing stripped back versions of two songs 💜💜 Details Here 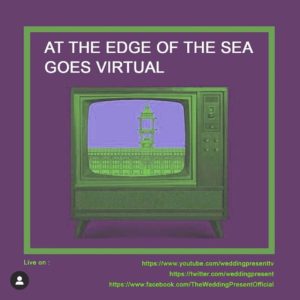 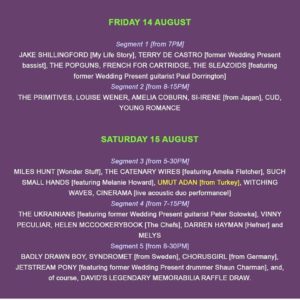 19/11/2019 — GLASGOW WAS WONDERFUL
“Chorusgirl were flat out amazing and had left a lasting impact on the public of a city miles from home.” — Thank you so much to Small Music Scene for the lovely live review of our set in Glasgow! We had a wonderful time in Glasgow; Cloth, Lemon Drink and Last Night From Glasgow made us all feel so welcome
15/09/2019 — Nov support shows in London/Glasgow
Just two more gigs for us for the rest of the year as we’re focussing on writing, but we’re pleased to announce that we’re supporting at these excellent occasions: 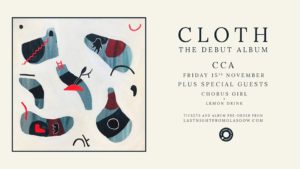 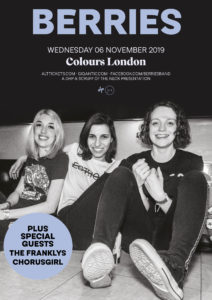 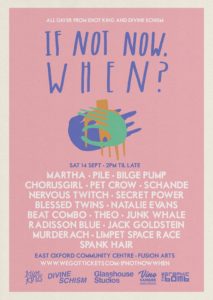 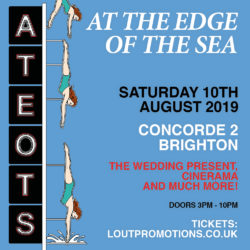 We’re excited to announce that we’ll be main support for our label mates LIINES at their LONDON headline show at Thousand Island MAY 30th!!

Liines are currently touring the UK with Sleaford Mods, and we’re really happy that we’ll be doing a show together. They were so supportive when we became label mates. Tickets 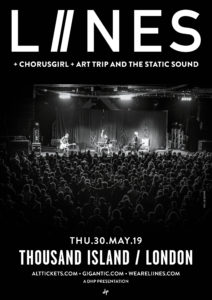 Our next gig will be at the inaugural Crocroland Festival, 6th April in Croydon with lots of excellent bands!!

Check out this interview with the festival organisers Angela & Julia with Get In Her Ears: https://getinherears.com/…/interview-cro-cro-land-founders…/ 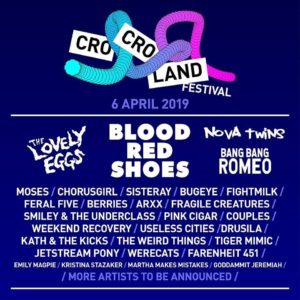 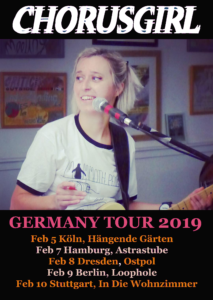 04/11/18: Thank you to Steve Lamacq for including us in his BBC6 playlists in such big company this week!!

Filmed by animator Ruth Barrett, “The handmade stop-motion video for ‘In Dreams’ consists of an impressive 2500 manually cut out paper prints”.

“A catchy earworm that retains it lyrical secrets until repeated listens, it’s a sign that this new Chorusgirl LP will be worth investigating.”

Clash Magazine have premiered the first single ‘No Goodbye’ from our NEW ALBUM ‘Shimmer and Spin’ out on Reckless Yes on 16th November, 2018!!!

And you can PRE-ORDER THE ALBUM at our Bandcamp

We’ve just sold our last copy of the debut LP, and very pleased to say that it has gone to a good home   We’re getting ready for the release of album II now… 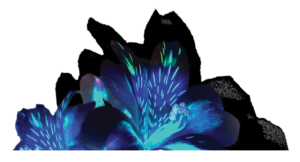 We’re taking a break from gigging over the summer while Faith is away. But no rest for the wicked, as we’re in the process of preparing for our album release later in the year.

We’re pretty excited to have started working with fantastic animation and video artist Emily Scaife! You may have already seen the two beautiful videos she did recently for Lost Map band Firestations. If not, check out her work at http://emilyscaife.com

For the result of our collaboration, you’re going to have to be patient, but here we are doing our first green screen shoot together… 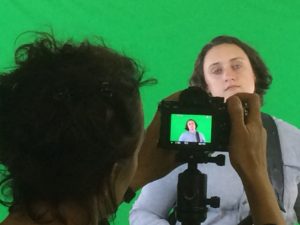 06/05/18: BIG NEWS: We are very excited to announce that we have signed with one of the loveliest indie labels in the UK: RECKLESS YES !!!

Very happy to be joining the likes of Liines, Grawlix and Lorna and more on their expanding roster. Much like Fortuna Pop, Reckless Yes is a community and a family. And we’re stoked that they’ve welcomed us into the fold to release our second album!!!

To celebrate, we’re doing a couple of shows up North at the end of May: